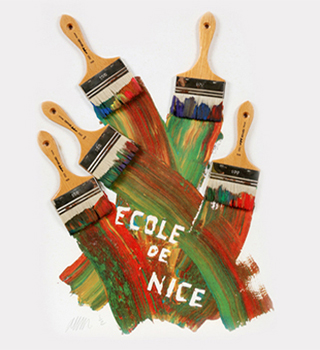 In the 1960s a group of young artists in Nice belonging to different artistic movements (including Nouveau Réalisme critic Pierre Restany, Yves Klein, Arman, César and Fluxus artists Ben and Alocco) reacted against Paris, neglecting it as the city that formed all great artists. Their search for freedom and their common locality under the Mediterranean sun in the city of Nice brought them together to form L’École de Nice. In 1961 the first theory of L’École de Nice, Art Plastique: Tendances du Nouveau Réalisme Niçois, was revealed to the public through the magazine Sud-Communication, established by Sacha Sosno.