French artist Arman was born in Nice, France. In 1956 at his first Cachets exhibition, Arman met art critic Pierre Restany, with whom in 1960 (along with Yves Klein, César, and other artists) would become two of the founding members of the Nouveau Réalisme movement and L’École de Nice. After studying philosophy, Arman attended L’École des Arts Décoratifs in Nice (1947-1949) and L’École du Louvre in Paris (1949-1951). In the early 60s he created his first poubelles, accumulations, coupes, colères and combustions. He obtained his American citizenship in 1972. In 1984 in Paris, then Minister of Culture Jack Lang presented to him the Commander badge of the Ordre des Arts et des Lettres. In 1995 Arman and Restany participated in the making of the 52-minute documentary Arman le Sculpteur (1998) by Dominik Rimbault. In 1996 the Galerie Nationale du Jeu de Paume in Paris showcased the life of Arman. He died in New York at the age of 76. 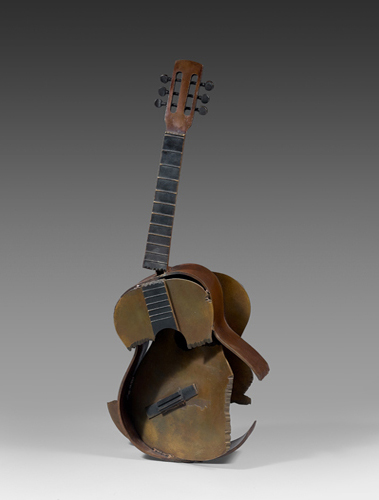